Get the best junk removal tips, tricks and resources to get your home or office organized

Get a Free Quote

How do Calgary’s landfills work?

Dumpsites are very distinct from the open dumping areas of the past. Our landfills are complex, highly constructed structures that properly handle our garbage for the least amount of environmental effect.

Before such a trash dump can be opened, substantial construction and design must incorporate elements primarily meant to safeguard the local environment from any possible adverse impact.

The best parts are layers of compacted clay, synthetic fibers, and pebbles that “line” the bottom of a landfill to confine debris and gather waste fluids. To conserve space and minimize the quantity of oxygen in the waste, layers of trash are firmly compressed to decrease volume. For keeping the waste contained; each layer is then filled with dirt.

Eventually, after a landfill is sealed, it is covered with additional layers of dirt, comparable to the liner, and restored by filling it with topsoil and restoring native vegetation on the ground. As a result, our garbage is encased or buried, storing it in a regulated and constantly monitored landfill construction.

When a landfill stops, what takes place?

After it shuts down, we closely monitor a landfill to examine how the rubbish decomposes and how this may affect the ecosystem. According to studies, the breakdown process at a waste dump is exceedingly slower. Some pollutants, such as glass, steel, and polymers, may not even decompose.

Rainfall and liquid pollutants seep through the rubbish, resulting in landfills, a concentrated garbage soup that may have negative environmental consequences. This leachate must be continuously collected and evacuated for treatment using a system of pipelines.

What is the purpose of landfills?

We will need landfills to hold rubbish as long as we create it. Previously, town dump locations had limited reuse options. Due to the unpredictable nature of garbage as it settles and the necessity to control leachate and methane generation, they cannot be used as business and residential spaces.

Today, we can breathe fresh life into these places. Calgary landfills are happy to be a member of the Blackfoot Forest, which is the fourth in the BP Birthplace Forest family. They are thrilled about the prospect of reclaiming the shuttered Blackfoot garbage disposal facility and transforming it into a green park open to all Calgary residents.

This city dump has been modified with contemporary sanitary elements meant to safeguard the ecological landscape in the surrounding region as a result of significant environmental enhancements. These improvements will also allow them to keep an eye on and oversee this closed location while being used as a public park.

What is the process of reclaiming a landfill?

The BP Birthplace Forest has not only recovered the landfill by planting 6,000 new trees, but it will also act as a water and erosion management system for the entire area. Trees also help to reduce the amount of greenhouse gas emissions released by dumps. In addition, the reuse of several recycled components has benefitted the forest, such as the following:

What is the long-term waste objective for the city?

Instead of turning such enormous tracts of land into a garbage disposal facility with little reuse possibilities and needing constant monitoring and management, the most outstanding environmental solution is to lessen our dependency on landfills. By 2025, the City of Calgary hopes to divert 70% of its trash.

Choosing to decrease, reuse, or recycle your trash before throwing it in the garbage can help lessen the quantity of rubbish that ends up in landfills in Calgary.

How do you ensure the health and safety of the general public?

The state regulates city dump operations under Alberta Environment’s authority. The city receives an Operating Authorization, which details all standards that must be satisfied for the landfill to operate correctly. According to provincial rules, homebuilding must be at least 300 meters away from the landfill site boundary.

The city seriously believes in its responsibility to safeguard human health and the environment. Water supply and soil vapor conditions are sampled year-round as a routine monitoring system. Even after a dump is closed, surveillance continues.

Tips on How to Clean Up Your Garage → E-waste is the fastest-growing area of waste in North America. This guide outlines the vital process of recycling these materials and offers a list of locations where you can drop off your old electronics. 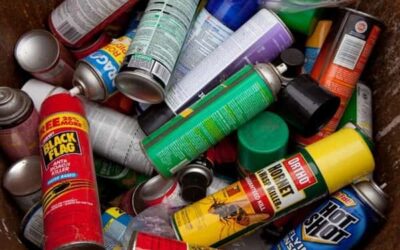 How to Dispose of Hazardous Waste in Calgary

If you’re wondering what to do with hazardous waste and how to dispose of it in Calgary, then you’re at the right place. Read this guide and you’ll know everything about disposal of hazardous materials in the city. 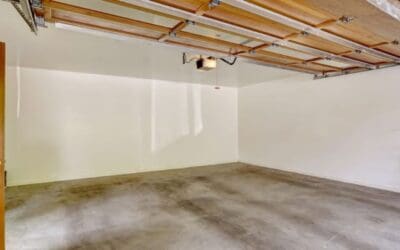 Tips on How to Clean Up Your Garage

Garages can be messy, cluttered, and dirty. But if you have a garage clean up plan and some supplies handy, you can keep it clean and fresh with very little effort. Read our guide about how to clean up garage fast and easy.